Oh hi, it’s Rafael from the future again. Did you think I was gone? We didn’t even mention the blobs yet. What, did you think the blobs were random?

Fast forward a couple of months after the completion of Tablecraft’s initial 2-week prototype, and there I was again, putting out a call for another extended round of prototyping – the one where Guillaume decided to join.

This time, the number one priority on my mind was to try and figure out what the core loop of the game should be like. The previous prototype was an interesting starting point, but there was no real substance to it; there was no gameplay. We had a couple of core mechanics in place, but from a player perspective, there was no reason to deconstruct objects and construct new ones, other than for the purpose of trying to complete the periodic table – which was not a good enough reason for me. The average person doesn’t care about the periodic table (which is literally the problem we’re trying to solve here). There had to be more to it.

I had a vague idea of the kind of experience I wanted the player to have, but no actual plan for how to achieve it. As a player, I’ve always enjoyed when I was presented with the ability to experiment and try creative ideas. That’s what I admire in Minecraft and Kerbal Space Program. So with that goal in mind, I took a step back and looked at a short pitch I had written for the first prototyping round:

Tablecraft is a VR game that puts you in the shoes of a mad genius and inventor, analogous to Tony Stark in Iron Man or Rick Sanchez in Rick & Morty.

With the aid of your futuristic “magnetic” gloves that allow you to grab objects from a distance, you interact with any object in the lab.

That seemed like a reasonably decent pitch for the initial prototype, but player creativity was clearly not part of it, and that was a problem. So I started thinking. If I want the player to feel like such an inventor and mad experimentalist, why stop at machines? Why not engineer life itself? Wouldn’t that be a fun thing to do in VR?

Back in January, when Guillaume and I were running a booth at Otronicon 2018, we had this demo playing on one of the VR headsets that allowed players to interact with a virtual pet. Kids loved it, adults loved it, everyone loved it. Turns out everyone loves pets, virtual or otherwise.

So what if in Tablecraft, the player could engineer certain life forms depending on what chemical elements they feed them? Could it be that feeding Helium to a blob would make it float? What if you fed it Radium afterwards? Would different properties stack? 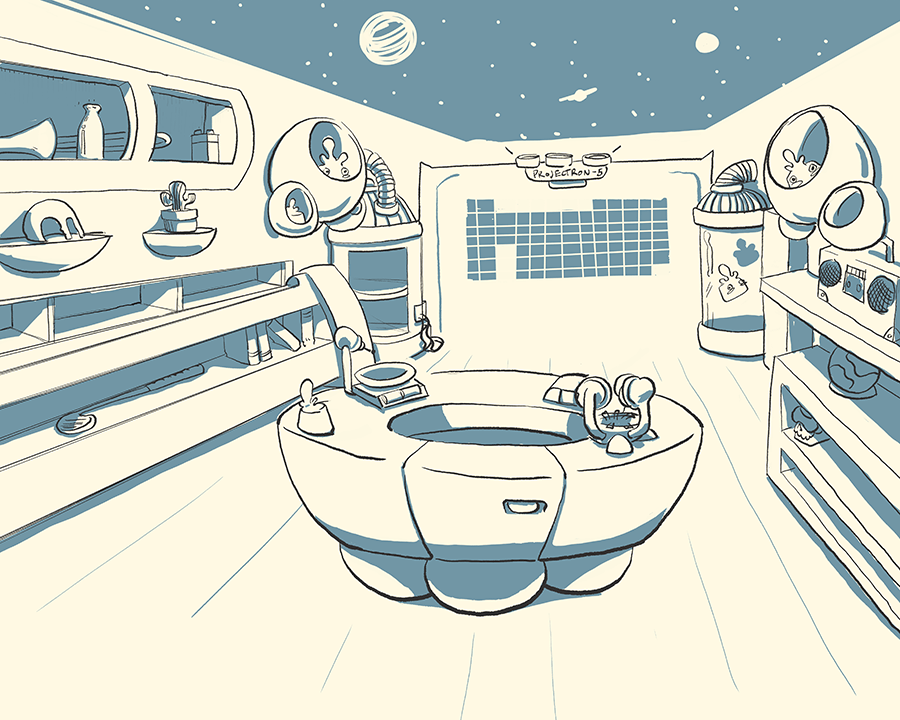 I thought the blobs were an idea worth exploring, so that’s what I pitched to my newly formed team. At first, the idea consisted of having 10 different blob types, one for each color of our periodic table. 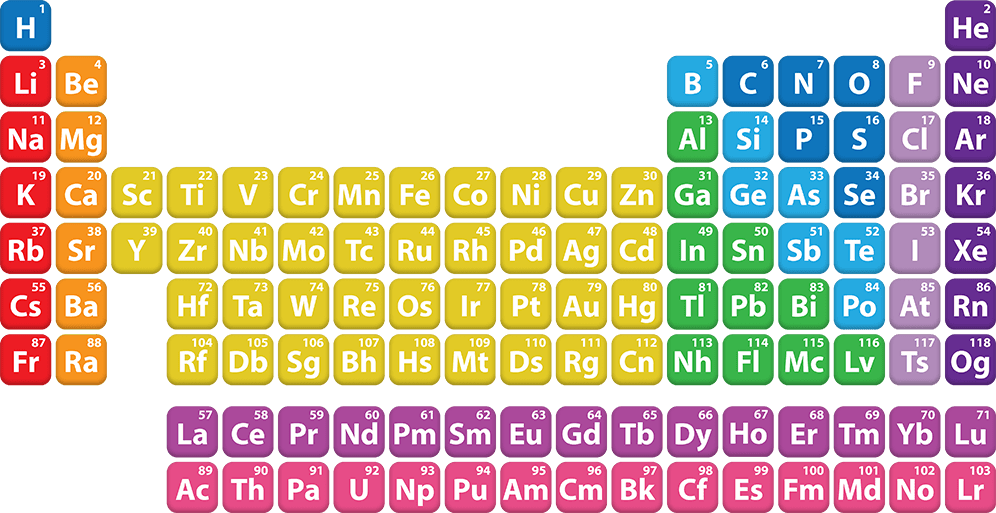 I chose to go with blobs because they’re a simple life form, and I wanted the system to be as scalable as possible, from a development standpoint. By using simple spherical shapes, we can easily manipulate and mutate them; add new visual features, and stack them with old ones. It allows for modularity without requiring too much 3D art, which is important, because our team is tiny. Modularity would not be as easy if the life forms were visually complex, as that would likely result in unforeseen edge cases and other problems. Simplicity is always the best starting point.

Still, for what they lacked in visual complexity, the blobs compensated in everything else. I tried to leverage the introduction of this new game mechanic to motivate the existing ones, while at the same time expanding on the game’s sense of progression and difficulty curve. I started off with a few simple rules:

Although at first it did not seem like it, this turned out to be a lot of work. I had suddenly introduced not only blobs (which presumably require some form of AI, movement, etc), but also breeding, and the whole logic around these new features. Still, the rest of the team and I could not help but be excited about these ideas and the new possibilities they presented us with; for not only did they get us one step closer to player creativity – with blobs being affected by the objects they eat – but also motivated the primary core mechanics.

Suddenly, the crafting of objects served a purpose: the engineering of new and weird life forms; and to me, as a player, that felt exciting.

So there you have it. That’s how blobs came about in Tablecraft. Hopefully you’ll have found that story reasonably interesting. Be sure to stay tuned for future chapters though, in which I will decide whether blobs get to live happily ever after, as they go face-to-face with the mighty scope hammer. 📖✍🛌 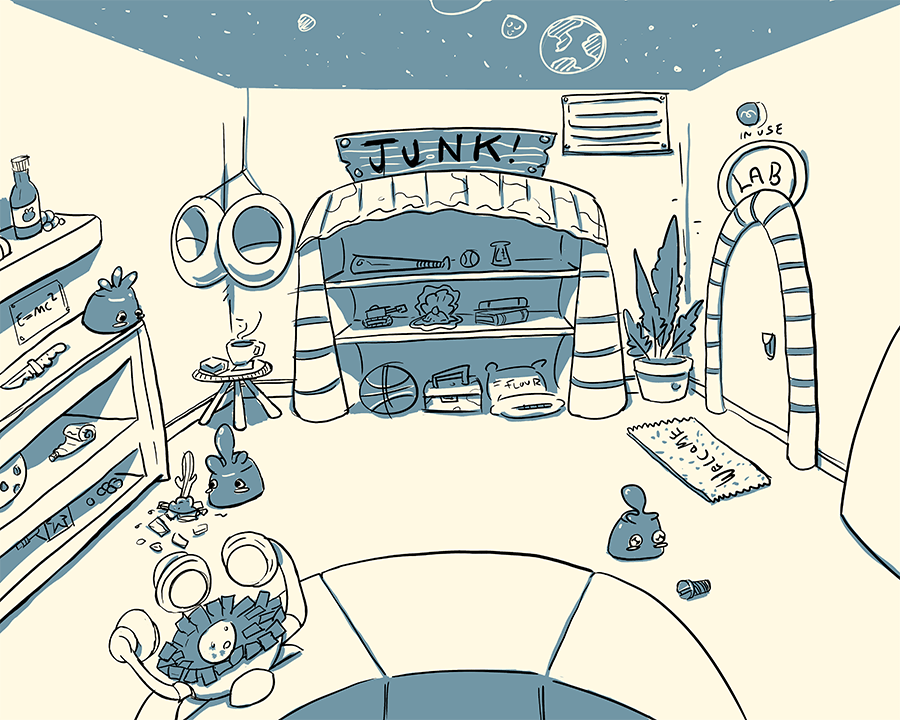