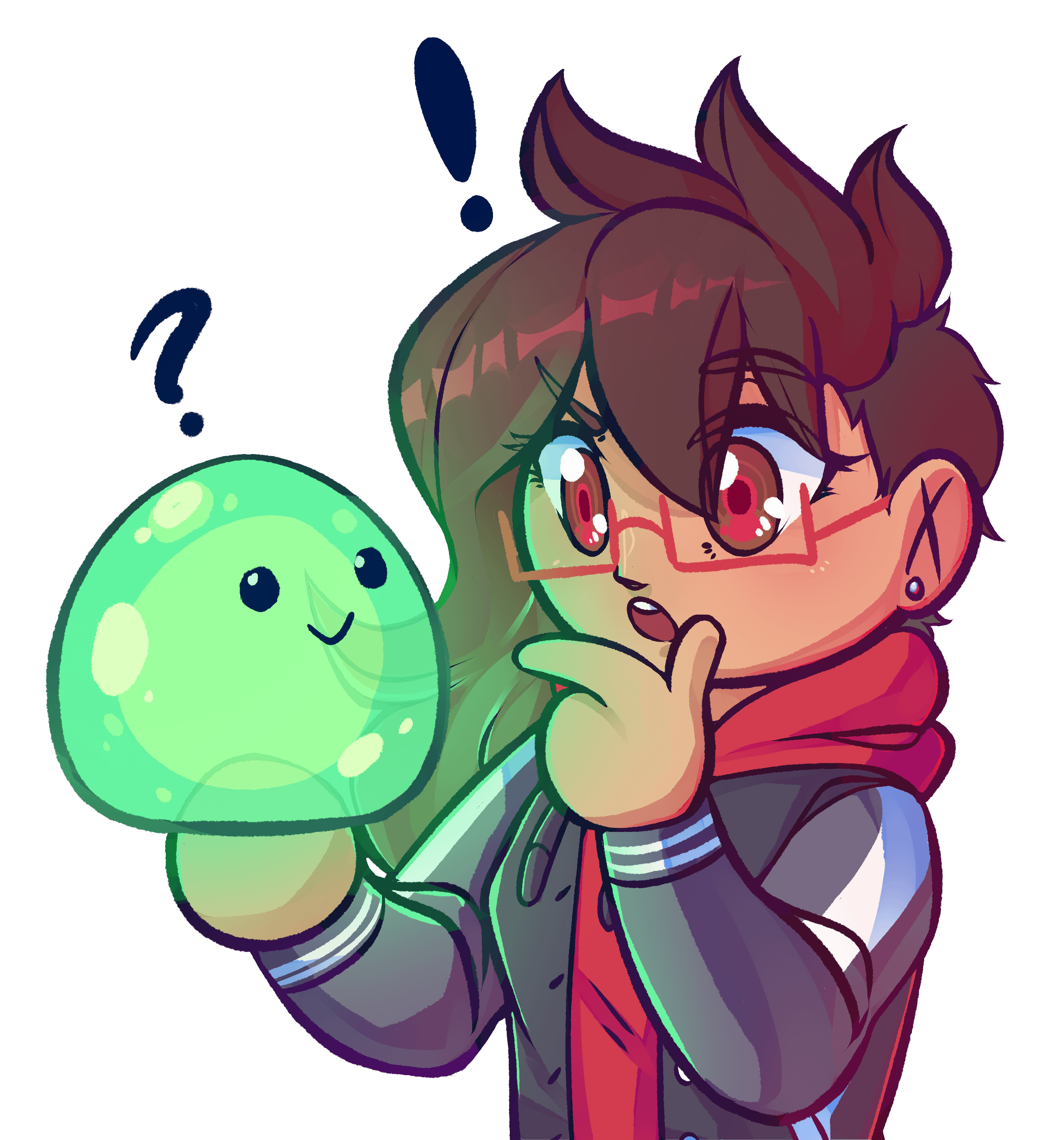 Hey everyone! My name’s Mariel! I’m the new 2D Concept Artist for Tablecraft!

I’ve been doing art for over 7 years! Obviously I do a ton of drawing, but I also play guitar, ukulele, and sometimes the drums! I also play way too many video games in my free time, catch me playing games from Skyrim to Phoenix Wright, you name it, I probably played it!

I could go on more, but it seems Rafa riddled all of us with a set of questions and since I work here I’m legally obligated to answer them haha so here we go!

Have you ever tried to bake a cake? How did it go? Got any pics to support your claims?

I have!! Once! A long long time ago me and a couple friends tried to bake a rainbow cake (where every layer was a different color). The outside was brown, which scared the heck out of us, but once we cut into it all the colors worked and it looked beautiful! Unfortunately I don’t have a picture so you’re just going to have to trust me on this one, haha. But there’s one thing we can learn here for sure! It’s the inside that counts!

Please help us put an end to the most debated issue in science. Once and for all, which Periodic Element has the coolest sounding name?

Ah, it’s GOTTA be Promethium. It sounds so regal. Zirconium is a close second for me though,,,!

What was the piece of work in your portfolio that you’ve had the most fun producing? Tell us about it – maybe show it to us if you can!

Actually I’m working on a small personal project right now that I’ve been having a ton of fun producing! It’s basically an animatic about the backstories of two of my DnD characters. The final product’s a secret until I finish, but I suppose I could share a frame or two~ 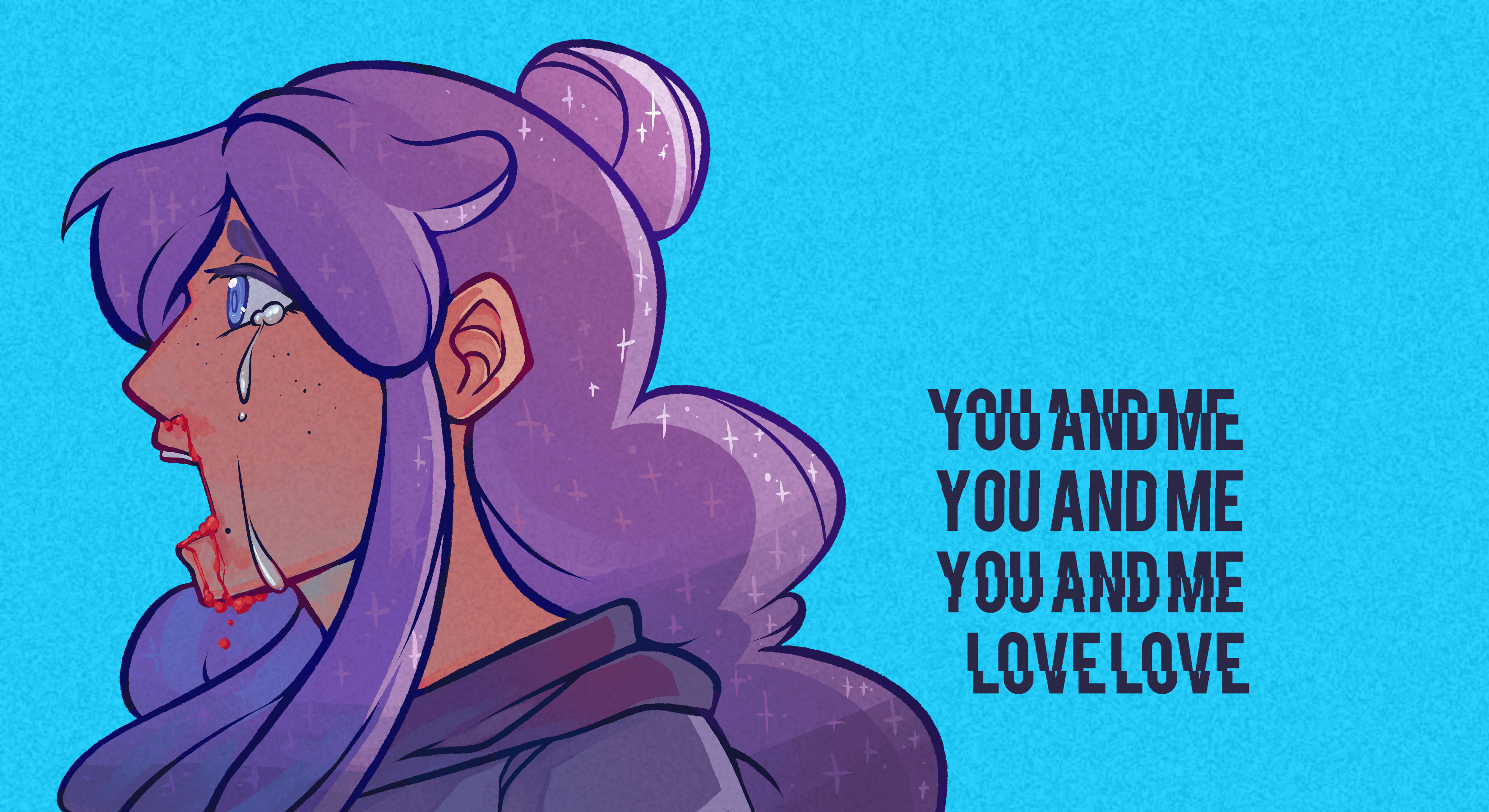 If you were not working in the field that you work now, what kind of work would you see yourself doing?

I’ve heard a lot of times that I’d be a good counselor… And I like helping people and learning about them! So I might’ve gone into Counseling/Therapy/Psychology.

What’s a recent book you’ve read, movie you’ve watched or game you’ve played that has had an impact on your work or life? Tell us about it!

That’s easy! So many games have impacted my life over the years, it’s why I love playing them, and why I pursued art in the first place! To keep it short, two main series that have really affected are the Pokemon and Kingdom Hearts series. They both pretty much make up like 80% of my personality! I even got myself a KH tattoo on my right arm, and someday I’m planning to get something Charizard related tattooed on my left shoulder/arm. Charizard was my first Pokemon, and Pokemon Red was the first game I ever played!

What’s your favorite YouTube channel right now? What’s it about?

AH,,, Oh man I subscribed to so many,,, But I’ve been watching a lot of Game Grumps for years! Typical Let’s Play channel, I also watch people like Vinesauce and Dunkey. I also watch a ton of animation channels like Domics and Jaiden!

Thanks for having me! Looking forward to creating some great games with everyone!