I don’t get it, is this a chemistry game or a digital pet game?

It’s both – and more. The chemical elements are the primary resources in the game. Crafting things and engineering weird life forms are just some of the things you’ll be able to do with them!

Who are you and why are you making this? 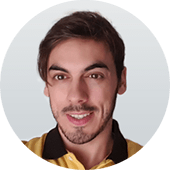 Hi! I'm Rafael (aka @rafaeldjpb). I’m originally from Portugal, but I’ve lived in Finland, the Netherlands and now I live in the United States. I came to the US for a couple of reasons. 1) I wanted to explore VR/AR and other emergent technologies, and the US is currently at the forefront of all that. 2) I wanted to witness the Falcon Heavy maiden launch and other historical rocket launches in person. So with the help of Fulbright, I moved to Florida and accomplished both.

I'm a self-taught game developer. I managed to break into the professional games industry in 2010 and since then I've been privileged to work on live massive-multiplayer games with tens of thousands of players, casual mobile games, among other things. Nowadays though, what really gets me excited is VR and AR so that's what I've been exploring, and that's how Tablecraft was born.

People have told me before that I cook good rice, so I have that going on for myself. 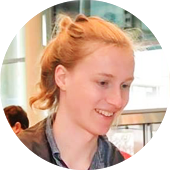 Hi, I’m Guillaume Bailey (aka @GBudee). I started making games on my elementary school graphing calculator, and I pivoted to making them professionally at the end of my Physics BS. I grew up scrounging open source projects to play on a games-resistant iMac (my favorite was Battle for Wesnoth).

I get particular satisfaction when I discover design ideas because of technical mishaps, and I think that video games accidentally created the next generation of teaching methodologies the way cheese developers "invented" whey protein. Tablecraft will be my chance to put this theory to the test!

Besides game dev, I’m also a hobbyist jazz violinist, and a runner. I like to make small talk with people in buses, so... if that was you, sorry! Good chat o.O 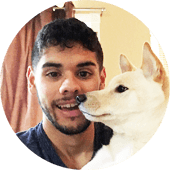 Greetings and salutations! I’m John, aka Obi John Kenobi (@johnmakes_). I started playing games like Starcraft and Super Star Wars as a kid before I knew I wanted to make them. Back then, I wanted to be a professional baseball player, but an injury prevented me from following that path. I still am very active - I love playing sports, which provides a good balance from working in front of a screen all day.

My career as a 3D artist started during my time as an undergraduate in a multimedia program. During that program, I created 2 small prototype games out of sheer curiosity and loved it. It’s a pleasure seeing my work in games, especially in VR.

A lot of my inspiration comes from Star Wars (maybe too much). The universe, the tech, the mythology and the endless amounts of theories. Like the theory that Emperor Palpatine is behind the events in episode 7-9, even though he was defeated in episode 6...

Wait, but I’ve seen mentions of other names in early Devlogs?

That’s right, previous iterations of Tablecraft were developed in hackathon-like sprints, where random groups of people came together to work on a project for a short period of time. Rafael, who led the first session, then put out the call for a second session, which was when Guillaume joined. Since then, Tablecraft has matured into a company called Not Suspicious, co-founded by Rafael and Guillaume.

Are you science educators?

Tablecraft is being primarily designed by game designers, and so its core ideas come from immersion in game industry best practices and institutional knowledge, rather than learning science. However, in order to ensure that Tablecraft’s game design features are generally aligned with the prevailing wisdom in the learning science community, we have partnered with independent researchers and research institutions who continuously contribute to the project with their expertise in the fields of learning sciences, STEM education, and school psychology.

I have ideas! How can I get involved?

Please feel free to join our Discord chat or send us an email.

You can’t yet! We’re just getting started.

Well when is it coming out then?

How much will it cost?

Which VR headsets will it support?

Tablecraft is currently being developed for the Oculus Rift, but we do have plans to add support for other more accessible VR headsets, such as the Oculus Quest and Oculus Go. Keep an eye on the Devlogs to find out more.

Will there be multiplayer?

We’re working on it!

Can I monetize videos or streams of Tablecraft stuff?

Can I help out in some way?

Absolutely! In addition to hyping Tablecraft to all of your friends and family, you can join our Discord chat and contribute with ideas and suggestions!